Passionate about surfing, Wilco left his homeland in the Netherlands at 18 to study in France and get closer to the best surfing spots. A key encounter in college led him to the famous brand Rip Curl, a company he would stick with throughout his career, eventually becoming CEO of Rip Curl Europe in 2013.

What did you want to be when you were little?

A fighter pilot! But I didn’t make it through selections… I’d been a surfer since the age of 13 so I decided to go to college at EBP in Bordeaux, an international business school. I didn’t speak French but it seemed good and it was close to the coast and there were much better waves than I ever could find back home.

How did you come to join Rip Curl?

By accident. A friend I went to school with was from Hossegor, and she eventually became my wife. I asked her if she knew anyone at Rip Curl and that’s how I got my first internship in 1997. It was a multi-tasking position, I dabbed in a little of everything. 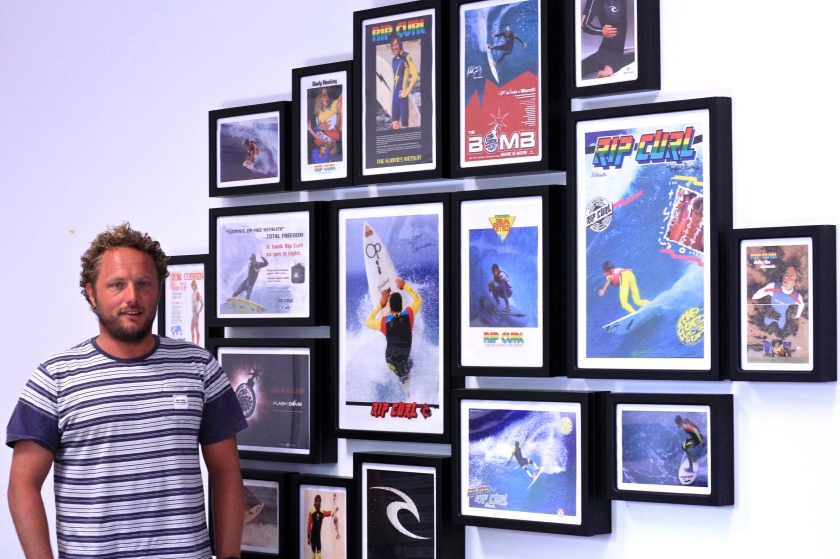 What did you do after college?

After graduating, I travelled around for a while. While I was in Bali, I wound up meeting the Sales Director at Rip Curl who told me that there was an open position in marketing back in Europe. Once I got back to France, I got an interview and they hired me. I was responsible for trade marketing and product marketing for 3 years.

“It’s all a matter of chance, encounters and choices…”

How did the rest happen?

Afterwards, I took the position of Junior Footwear Product Manager working with Jean Grandy. He taught me everything I know and it’s partly thanks to him that I am where I am today. He’s kind of my guru. When he left for the United-States, I moved on to EMEA Footwear Product Manager for two and a half years and then took over in wetsuits for 3 years.

After that, I took over management of the Core Division, developing technical equipment (eyewear, watches, wetsuits, boards, bags and footwear) and Commercial Management specific to core products (surf shops).

And today, it’s been two years since the founders of Rip Curl offered me the position of CEO for Europe. It’s all a matter of chance, encounters and choices…

What’s a typical day at work like for you?

I spend 2 to 3 weeks per month at the European head offices. I get to the office around 8 or 9am after dropping the kids off at school or going surfing if the waves are good. Generally I have 2 meetings per day. Ideally, I try to not overload so I can then make my way through the various departments. Depending on the time of year, I spend more time in product development or in marketing. I usually end my workday around 7pm.

The rest of the time, I travel for work, 2 or 3 times per year outside Europe. I generally meet up with other CEOs in Australia, the USA or in Asia in pretty cool areas where there is good surf.

I’m a tyrant! (laugh) No, seriously, I believe it’s important to convey clear objectives and to be both transparent and honest with your teams. You have to celebrate victories together but also work together to find solutions when times are tough. The crew is Rip Curl’s most precious asset.

After the company reorganization, several layers of management were removed, which allows people now to be both in strategy and in the executive. We have to make room for entrepreneurial spirits. An idea can come out from anywhere and can turn into success.

What do you do to create team spirit?

Let me be clear here. It’s not that our working hours are flexible. It’s simply that if there are good waves, then I encourage employees to go surfing just as long as the job gets done. In summertime, they can also have free surfing lessons.

And once a year, we organize a drawing for the entire company in which the lucky winner wins a 15 day surf trip to give our employees the chance to go out and live their own Search.*

* The Search: Rip Curl’s philosophy since the beginning. It’s a dream, a journey and efforts to explore virgin surf spots around the world through travel.

What fuel do you run on? What drives you?

Well today, a rather mediocre sandwich…(chuckle)

What drives me on a daily basis is passion. The passion I see in the eyes of those I work with at Rip Curl and the passion I have for surfing and for Rip Curl. That’s my fuel. 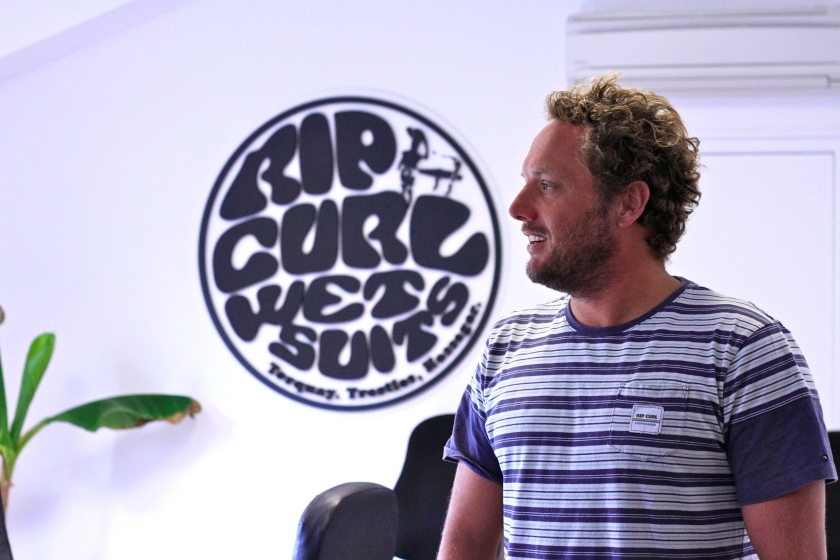 “You can learn all kinds of things, but you can’t learn passion.”

What advice would you give someone who wants to work at Rip Curl?

Follow your passion. I believe that it was Shaun Tomson who said : “if you have the choice between someone with a great CV but who doesn’t surf and another person who is a surfer but who has less experience, better go with the surfer.” You can learn all kinds of things, but you can’t learn passion.

Is it possible to work at Rip Curl without being a surfer ?

Yes, of course. The next most important things after passion, is an open mind and the ability to adapt.

For you, what role does EuroSIMA play in the Action Sports industry?

Well first, it’s important that we unite as brands to be considered an industry.

It’s also vital to help small emerging brands, who are the future of our industry.

I also want to be a part of projects such as creating artificial waves to take surfing beyond just the coastline. Surfing artificial waves is different than in nature but it is an excellent way to access the sport and get better at it. It is also a key potential market for us, which isn’t subject to seasonality.

Where do you see yourself in 10 years?

I could see myself on a boat or on a desert island or surfing somewhere. (Laughs)

Seriously though, I don’t have a personal vision of where I’ll be in 10 years. I’ve never had a career plan. To be efficient at work you need to enjoy life too.

And what about Rip Curl in all this?

In 10 years, everyone will be wearing Rip Curl wetsuits. I was born with Rip Curl, I grew up with Rip Curl and I certainly intend on staying on board for a good while longer at Rip Curl.